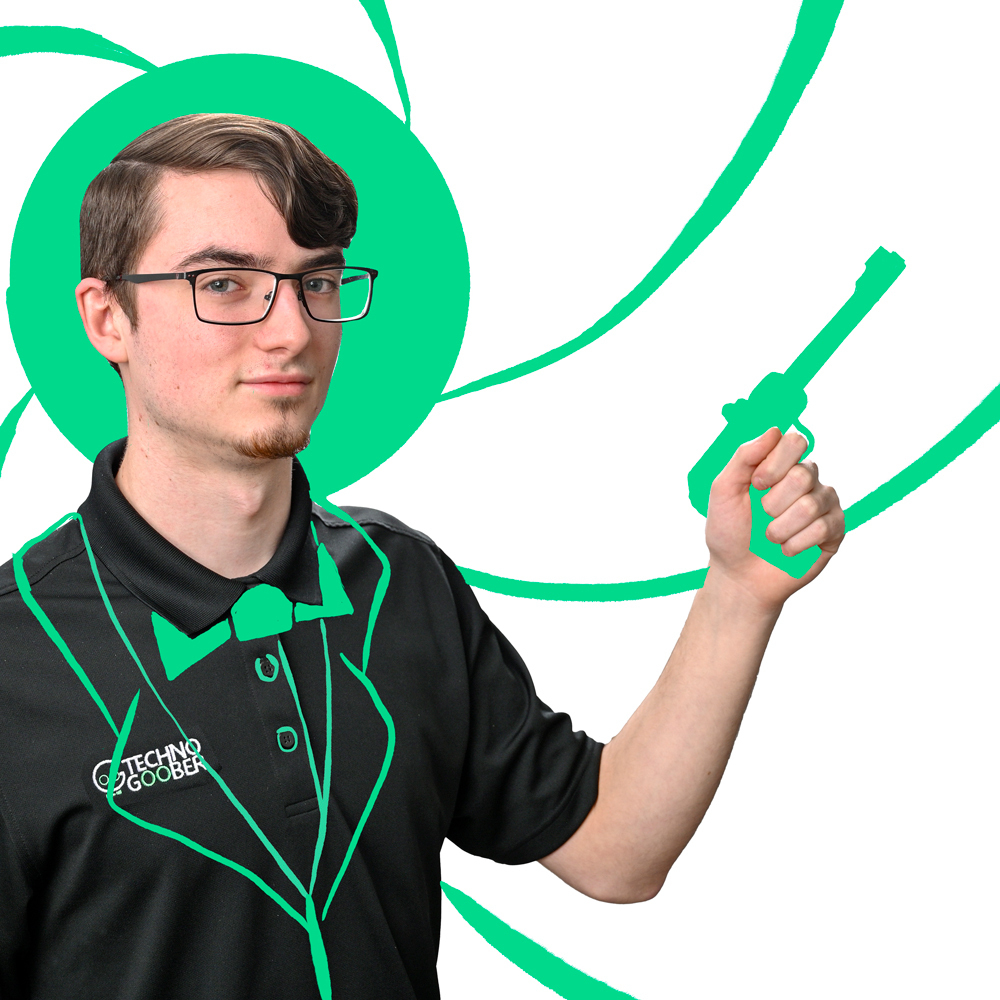 Who is Matt McLaughlin?

Matt is currently a Tech Solutions Specialist who works with audio systems, networking, phone provisioning, computer/phone repair, camera system implementation, and remote support among other things. He works alongside Steven Gebbia as another service technician.

Why did he become a Goober?

Matt had interned briefly for Techno Goober during his high school career at Sussex Technical High School. After a small hiatus and the start of his college endeavors he returned during the height of the Coronavirus to help out the tech department when another member had left. He always enjoyed the Techno Goober atmosphere and the hands-on experience.

What’s the most surprising thing about the job?

Having our own company beer, the Goober Brew. There were two runs as of now: Judgement Day Lager, and Goober Brew

One blissful Tuesday afternoon in mid November Matt had walked back into the main area of the office after replacing the battery on a client's machine. Halfway to his desk, he caught Steve in the corner of his eye and proceeded to talk to him about an appointment he had later that day. While he was talking, Steve started his journey up the 3 mighty steps that lead to the front of our office. But to his dismay, he could not conquer the final step and plummeted to the ground. Even though he was falling, he had the intuition to save his hoagie from Wawa, what a true man. After the event Patty had a great idea and asked Matt if he could pull the recordings off the cameras. To everyone's joy he did and his fall was immortalized as a GIF in our team group chat.

9.9, Always up for a challenge and ready to tackle any task, but of course there is always some room for improvement.

Does he have any hidden talents?

He is a master Googler, can find an answer to anything in a pinch.

What annoying trend does Matt secretly hope makes a comeback?

Socks and sandals, or slides more specifically. Sure it may not look the best, but it serves a purpose.